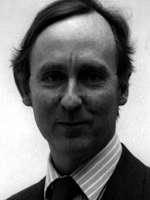 (b.1950)
A. N. Wilson was born in 1950 and educated at Rugby and New College, Oxford. A fellow of the Royal Society of Literature, he has held a prominent position in the world of literature and journalism. The Victorians, Wilson's study of the Victorian age, was published in 2002 to massive critical acclaim. His most recent book, My Name is Legion, was published by Hutchinson in 2004. He lives in North London.

Ginger, You're Barmy (1962)
David Lodge
"Has the ring of complete authenticity... the mingling of horror and farce are all brilliantly evoked."

Tolkien and the Great War (2004)
John Garth
"Very much the best book about J.R.R. Tolkien that has yet been written."