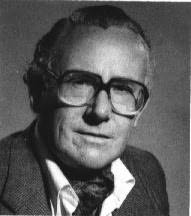 A pseudonym used by Samuel Youd
Sam Youd, known professionally as Christopher Samuel Youd, was a British author, best known for his science fiction writings under the pseudonym John Christopher, including the novel The Death of Grass and the young adult novel series The Tripods.

Youd, is an old Cheshire surname. Sam Youd was born in Huyton, Lancashire, in 1922. In 1932 he moved to Hampshire and attended Peter Symonds' School, Winchester, until the age of 16, when he left to work in local government. At school he had been "absolutely passionately devoted" to science fiction, and in his teens he published an amateur magazine (The Fantast). He admired Aldous Huxley and Arthur Clarke, at the literarily serious end of the spectrum.