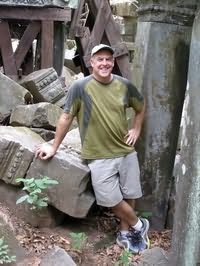 Christopher R. Cox is a recovering newspaper journalist of nearly 20 years who has embarked on a full-time regimen of freelance writing, Larium, and Third World travel. Previously he worked as a staff feature reporter for daily newspapers in Baton Rouge, Louisiana, and Lowell and Boston, Massachusetts. His work has received multiple national and regional journalism awards. Most recently his features were honored at the National Press Club by the Eric Friedheim Travel Journalism Awards, in Hong Kong by the Society of Publishers in Asia (SOPA) Awards, and by Singapore's World Gourmet Summit.
Novels
A Good Death (2013)