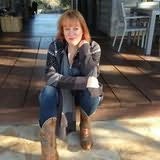 May Cobb is a freelance writer from Austin, TX who won the 2015 Writer’s League of Texas Manuscript Contest. Her writing has appeared in Austin Monthly and the online edition of Jazz Times. Big Woods is her debut novel.

Bad Habits (2021)
Amy Gentry
"I could not tear myself away from Amy Gentry's Bad Habits, an intoxicatingly propulsive thriller with Russian-doll-like plotting and searing prose set against a backdrop of toxic academia. With Special Topics in Calamity Physics meets Gillian Flynn & Megan Abbot vibes, I was wholly sucked into this seductive psychological suspense and its corkscrew-like twists and turns that held me in their grip until the final, jaw-dropping reveal that left me breathless."

The Vines (2021)
Shelley Nolden
"Eerily timely and profoundly compelling, THE VINES is an unputdownable, unforgettable saga, the journey of a seemingly helpless, persecuted American woman who survives and battles back, against all odds; this first in what promises to be an explosive series signals the arrival of Shelley Nolden's masterful new voice in hybrid fiction."

The Stranger in the Mirror (2021)
Liv Constantine
"I devoured this twisty, chilling, and hypnotic thriller in just two feverish sittings, desperate to guess what was going to happen next (but failing!) Told from shifting perspectives, THE STRANGER IN THE MIRROR is not only a propulsive, psychological suspense with heart-pounding twists, it’s also a richly-drawn, riveting story about a woman with amnesia, frantic to recover her identity in a house-of-mirrors world where nothing is what it seems."
Visitors to this page also looked at these authors
Christian Cantrell
Mary Kubica
Jean Hanff Korelitz
Chanel Cleeton
Mia P Manansala
Stacey Abrams
Laura Dave
Jake Tapper
Nancy Tucker
Catherine McKenzie
Steven Rowley
Mark Sullivan
Bridget Collins
James Patterson
Carolyn Haines
Pam Jenoff