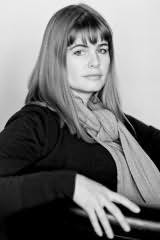 (b.1965)
M.J. (Miranda) Carter worked as publisher and journalist before starting work on her first book, Anthony Blunt, His Lives, in 1994. It was published in 2001 and won the Orwell Prize and the Royal Society of Literature, WH Heinemann award, and was named as one of the New York Times seven best books of 2002. Her second, The Three Emperors was shortlisted for the LA Times Biography of the year and the Hessell Tilitman history prize. Having taken nearly 15 years to write two books (and have two babies, so not so shabby), she decided to try something a little different, but which allowed her to use her love of historical research, and so began writing a series of historical mystery-thrillers set in the early years of Queen Victoria's reign. The first, The Strangler Vine will be published in January 2014; the second, The Infidel Stain, in January 2015.