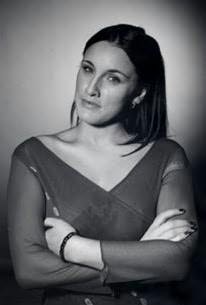 (b.1973)
Grace Dent has been a magazine and newspaper journalist/columnist since 1996, working on titles such as The Mirror, Glamour and Marie Claire. Her television column 'World of Lather' has appeared in the Guardian Guide since 2001, and her passion for television past, present and future means she often appears on TV and radio as a reviewer and commentator.
Series
LBD
1. It's a Girl Thing (2003)
2. The Great Escape (2004)
aka Live & Fabulous!
3. Friends Forever! (2006)
aka Curse of the Mega-boobed Bimbos