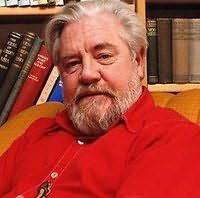 (1925 - 1995)
Brother of Lawrence Durrell
Gerald "Gerry" Malcolm Durrell, OBE was a naturalist, zookeeper, conservationist, author and television presenter. He founded what is now called the Durrell Wildlife Conservation Trust and the Jersey Zoo (now renamed Durrell Wildlife) on the Channel Island of Jersey in 1958, but is perhaps best remembered for writing a number of books based on his life as an animal collector and enthusiast.