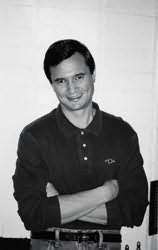 Patrick A. Davis is the national and New York Times bestselling author of six previous novels: The Commander, A Slow Walk to Hell, A Long Day for Dying, The Colonel, The General, and The Passenger. He is a graduate of the United States Air Force Academy and the Army Command and General Staff College, and a former Air Force major who flew during the Gulf War. He helped plan and direct U-2 surveillance operations for Operation Desert Storm and flew eleven combat sorties. He is a former pilot with a major airline.
Series
Martin Collins
1. The Colonel (2001)
2. A Long Day for Dying (2003)
3. A Slow Walk to Hell (2004)