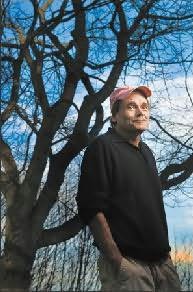 (b.1943)
Pete Dexter was born in Pontiac, Michigan. He was a columnist for the Philadelphia Daily News, the Sacramento Bee and the Seattle Post-Intelligencer. Prior to that he worked for what is now The Palm Beach Post in West Palm Beach, Fl., but quit in 1972 because the paper's owners forced the editorial page editor to endorse Richard Nixon over George McGovern. He began writing fiction after a life-changing 1981 incident in which thirty drunken Philadelphians, armed with baseball bats and upset by a recent column, beat the writer severely. The injuries, added to those he had suffered in traffic accidents and as an amateur boxer, left Dexter partially disabled and required years of corrective surgeries.

Dexter lives and writes on an island in the Puget Sound area of the state of Washington.