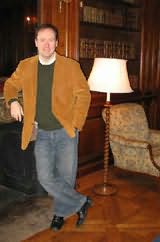 Canada
CHRIS EVANS was born in Canada and now lives in New York City. As a military historian he has conducted battlefield tours of Europe and was the historical consultant on a television documentary on the First World War. He's earned degrees in English, Political Science, and a Masters in History. Chris is also an editor of history and current affairs/conflicts books including the highly successful Stackpole Military History Series.