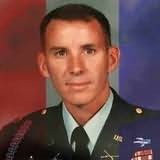 Dalton Fury retired from the military after more than 20 years of service. He served fifteen of those years in Special Operations Forces where he had the distinct honor of serving with some of the finest human beings in the world. Simply by chance, as a Delta Force troop commander, he served as the Ground Force Commander during the Battle of Tora Bora.

Clear By Fire (2015)
(Search and Destroy, book 1)
Joshua Hood
"Joshua Hood nails it in this debut thriller about blacker than black ops! Step aside Scot Harvath, seasoned, in your face, and hard wired for the war on terror, spec ops hero Mason Kane is the new standard bearer. Written with a crisp voice, keen insider knowledge, and heart stopping friction points, with Clear By Fire Joshua Hood will leave a mark inside the elite military thriller genre."