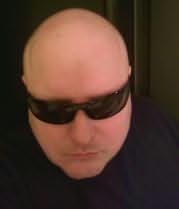 John R Fultz liveS in the North Bay Area, California, but IS originally from Kentucky. hIS short fiction has appeared in the anthologies WAY OF THE WIZARD (Prime Books) and CTHULHU’S REIGN (DAW Books), as well as the magazines BLACK GATE, WEIRD TALES, LIGHTSPEED, SPACE & TIME, and the comics ZOMBIE TALES and CTHULHU TALES. hIS graphic novel of epic fantasy, PRIMORDIA, was published by Archaia Comics as a three-issue miniseries in 2007-08.