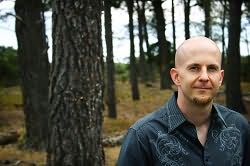 John Joseph Adams is the editor of the anthologies Wastelands: Stories of the Apocalypse (Night Shade Books, January 2008), Seeds of Change (Prime Books, Summer 2008), and The Living Dead (Night Shade Books, Fall 2008). He is also the assistant editor at The Magazine of Fantasy & Science Fiction.

He received his Bachelor of Arts degree in English from The University of Central Florida in December 2000. He currently lives in New Jersey.