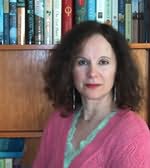 Mary developed a love affair with books at an early age while growing up on a large and sprawling farm. In sixth grade, she wrote her first short story, which led to long, drawn-out poems in her teens and eventually to the more practical matter of journalism as an adult.

While her children were small, she became a teacher. Continuing to write, she later sold several pieces of short fiction. One day she discovered Romance Writers of America and, at that point, her writing life changed. A few years and a number of cross-country moves later, she had completed several books and a horde of rejection letters. But! That tooth-grinding perseverance paid off. One October afternoon the phone rang -- and an editor offered a contract.

Today, Mary lives in the Pacific Northwest with her family and spends most mornings creating another life in the company of characters dear to her heart.

Omnibus
Her Texas Ranger / Forever Family (2004) (with Stella Bagwell)
Everything She's Ever Wanted / Confessions of a Small-Town Girl ( S.) (2005) (with Christine Flynn)
The Wilders (2013) (with Marie Ferrarella and Teresa Southwick)