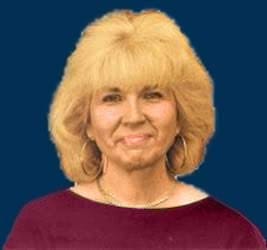 aka Marie Charles, Marie Michaels, Marie Nicole
Marie Rydzynski was born on March 28 in West Germany, of Polish parents. She came to America when she was four years of age. For an entire year, Marie and her family explored the eastern half of the country before finally settling in New York.

Marie swears she was born writing, "which must have made the delivery especially hard for my mother." From an early age, Marie's parents wouldfind her watching television or tucked away in some private place, writing at a furious pace. "Initially, I began writing myself into my favourite shows. I was a detective on '77 Sunset Strip,' the missing Cartwrightsibling they never talked about on 'Bonanza' and the 'Girl from U.N.C.L.E.' before there was a 'Girl from U.N.C.L.E.,' not to mention an active participant in the serialized stories of 'The Mickey Mouse Club.'" Mariebegan to write her first romance novel when she was 11 years old, although she claims that, at the time, she didn't even realize it was a romance! Shescribbled off and on, while dreaming of a career as an actress.

Marie was only 14 when she first laid eyes on the man she would marry, truly her first love, Charles Ferrarella. During her days at Queens College, NewYork, acting started to lose its glamour as Marie spent more and more time writing. After receiving her English degree, specialising in Shakespeareancomedy, Marie and her family moved to Southern California, where she still resides today.

After an interminable seven weeks apart, Charles decided he couldn't live without her and came out to California to marry his childhood sweetheart.Ever practical, Marie was married in a wash-and-wear wedding dress that she sewed herself, appliqués and all. "'Be prepared' has always been my motto,"the author jokes. This motto has been stretched considerably by her twochildren, Nikky and Jessi, "but basically, it still applies," she says.

In November of 1981, she sold her first novel for Harlequin. Marie, who nowhas written over 150 novels, has one goal: to entertain, to make people laugh and feel good. "That's what makes me happy," she confesses. "That, anda really good romantic evening with my husband." She's keeping her fingers crossed that you enjoy reading her books as much as she enjoyed writing them.

Written in the Stars
1. The Undoing Of Justin Starbuck (1990)

Romancing the Crown
4. The Disenchanted Duke (2002)

Talk of the Neighborhood
Mother In Training (2006)

Fortunes of Texas: Return to Red Rock
1. Plain Jane and the Playboy (2008)

Montana Mavericks : The Texans are Coming
The Baby Wore a Badge (2011)

Montana Mavericks : Back in the Saddle
Real Vintage Maverick (2012)

Montana Mavericks: What Happened at the Wedding
2. Do You Take This Maverick? (2015)

Montana Mavericks: The Baby Bonanza
A Maverick and a Half (2016)