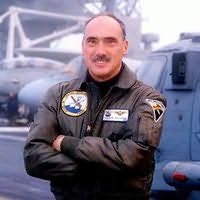 George Galdorisi is a career naval aviator who began his writing career in 1978 with an article in U.S. Naval Institute Proceedings. His Navy career included four command tours and five years as a carrier strike group chief of staff, as well as three years leading the United States delegation for military-to-military talks with the Chinese navy. He is currently the Director of the Corporate Strategy Group at the Navys C4ISR Center of Excellence in San Diego, California.