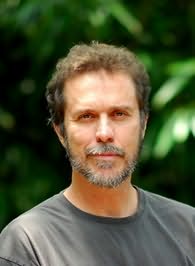 Scott B. Williams is a writer with a passion for adventure. He draws on his extensive experiences as a sea kayaker, small boat sailor, boatbuilder and wilderness traveler to craft his works of fiction and nonfiction. He began writing about his long solo journeys in 1990, after spending the better part of two years sea kayaking alone from Florida through the islands of the Caribbean. The narrative of that kayak trip became his second book: On Island Time: Kayaking the Caribbean, published by University Press of Mississippi in 2005. In 2009, he began work on a series of survival nonfiction books for Ulysses Press, of Berkeley, California, and his bestselling Bug Out: The Complete Plan for Escaping a Catastrophic Disaster Before It's Too Late, was released in June, 2010. In 2011, Ulysses Press published Getting Out Alive: 13 Deadly Scenarios and How Others Survived, and Bug Out Vehicles and Shelters: Build and Outfit Your Life-Saving Escape. Williams' next book was his first novel, a post-Apocalyptic story built around a scenario in which massive solar flares destroy the power and communication grid in North America.