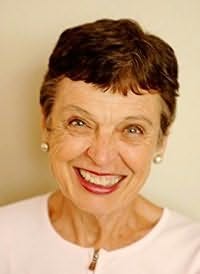 Jamie Gilson has written sixteen books, all of them about children, most of them about children in school. And the elementary school where she gets many of her ideas is Central, which all three Gilson children attended. While Tom and Anne are now lawyers and Matthew a photographer, their mother still goes to Central School classes, notebook in hand, looking for stories.

She describes Central's cafeteria in Do Bananas Chew Gum?, its Spit Pit in Thirteen Ways to Sink a Sub, and the contents of some of its fourth grade desks in Hobie Hanson, You're Weird. Central students have taught her how to sing "Jingle Bells, Batman Smells," how to chew a mint so it sparks in the dark, and how to play soccer on a field of mud.

She spent two weeks with the whole fifth grade class while, in a kind of total immersion, they studied the Western Movement. On the first day the boys and girls found out who they'd be married to for those two weeks. Then they took pioneer identities, joined a wagon train, chose supplies, decided whether to cross a rushing river at midnight, made pumpkin butter, dipped candles, and built mock fires with fake buffalo chips. They had a wonderful time--mostly. Jamie wrote a book about it: Wagon Train 911.

"It's true, though," she says, "that while Central is very special to me, every school is brimming with rich stories. I talk with children all over the country about my writing, and the one question they always ask is, 'Witt you put us in a book?' If I were there tong enough, I expect I could."

Jamie Gilson's professional life has always involved writing and communications. Formerly a teacher of junior high school speech and English, she was a staff writer and producer for Chicago Board of Education radio station WBEZ, a writer of Encyclopaedia Brittanica films, and continuity director for fine arts radio station WFMT. She was, for ten years, a monthly columnist for Chicago magazine.

Born in Beardstown, Illinois, Jamie Gilson spent her early years in small towns in Illinois and Missouri where her father worked as a flour miller. After graduating from Northwestern University School of Speech, she married Jerome Gilson, then a law student and now a trademark lawyer. They live within sight and sound of Lake Michigan in a suburb of Chicago.