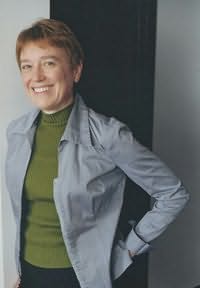 Carolyn Ives Gilman has been publishing science fiction and fantasy for almost twenty years. Her first novel, Halfway Human, published by Avon/Eos in 1998, was called "one of the most compelling explorations of gender and power in recent SF" by Locus magazine.

She lives in St. Louis and works for the Missouri Historical Society as a historian and museum curator.