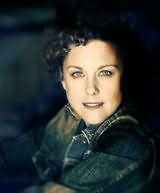 (b.1970)
Danielle Girard is the author of five books. Her latest book, The Rookie Club was released June 2006. Her work has won her two awards; Cold Silence won the 2003 Barry Award and Chasing Darkness won the RT Reviewers' Choice Award.

Switchback (2019)
(Patrick Flint, book 1)
Pamela Fagan Hutchins
"Switchback transports the reader deep into the mountains of Wyoming for a thriller that has it all--wild animals, criminals, and one family willing to do whatever is necessary to protect its own. Pamela Fagan Hutchins writes with the authority of a woman who knows this world. She weaves the story with both nail-biting suspense and a healthy dose of humor. You won't want to miss Switchback."

Departure (2020)
(Seth Walker, book 3)
Joseph Reid
"I fell for Seth Walker in Takeoff, the first of the series, and I think I love him more in Departure. What I love most is that Seth’s brawn, of which there is much to appreciate, is matched by his brain—imagine Clancy’s Jack Ryan combined with a young Steve Jobs. The combination makes Departure another hold-on-to-your-seat, don’t-even-try-to-put-it-down thriller. If you haven’t tried Seth Walker, you’re missing out."

Don't Ever Forget (2020)
(Adler and Dwyer, book 1)
Matthew Farrell
"Matthew Farrell has done it again. A tense and twisty thriller, Don’t Ever Forget grabs you by the throat from the first page and does not let go. The result is an edge-of-your-seat, up-all-night read that packs a final punch you won’t soon forget. Fantastic!"

For the Best (2020)
Vanessa Lillie
"For the Best grabs the reader from the first page and does not let up until the final, unexpected turn. While Jules Worthington-Smith fights to clear her name and preserve her hard-earned career, what she discovers threatens to bring her world down around her. As in her debut Little Voices, Vanessa Lillie writes with both authority and a fresh voice as she confronts the contradiction of family—that those closest to us can give us strength or tear us to shreds, and sometimes both at once. For the Best is not to be missed."

Finding Tessa (2021)
Jaime Lynn Hendricks
"Finding Tessa has all the elements of the best type of thriller-characters that are at once empathetic and suspect, a riveting pace, and a plot that unravels in one clever twist after another. Just when I thought I'd figured out what was happening, Hendricks delivered an unexpected turn that left me back at square one and frantically turning pages until the final scene. Readers of Samantha Downing and Gillian Flynn won’t want to miss Hendricks’ compelling debut."
Visitors to this page also looked at these authors
Lisa Gardner
Tess Gerritsen
James Patterson
Karin Slaughter
Tami Hoag
Allison Brennan
J T Ellison
Heather Graham
Janet Evanovich
John Gilstrap
Iris Johansen
Andrea Kane
Lisa Jackson
Laura Griffin
Brian Freeman
James Grippando