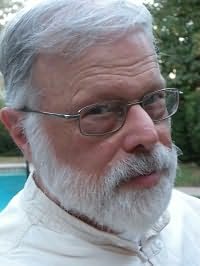 (b.1947)
Mel Gilden is the author of many children's books, some of which received rave reviews in such places as School Library Journal and Booklist. His multi-part stories for children appeared frequently in the Los Angeles Times. His popular novels and short stories for grown-ups have also received good reviews in the Washington Post and other publications. (See new publications under his name at the Kindle Store of Amazon.com.)
Licensed properties include adaptations of feature films, and of TV shows such as Beverly Hills, 90210; and NASCAR Racers. He has also written books based on video games and has written original stories based in the Star Trek universe. His short stories have appeared in many original and reprint anthologies.
He has written cartoons for TV, has developed new shows, and was assistant story editor for the DIC television production of The Real Ghostbusters. He consulted at Disney and Universal, helping develop theme park attractions. Gilden spent five years as co-host of the science-fiction interview show, Hour-25, on KPFK radio in Los Angeles.
Gilden lectures to school and library groups, and has been known to teach fiction writing. He lives in Los Angeles, California, where the debris meets the sea, and still hopes to be an astronaut when he grows up.

Spookeneers
The Secret of Spider Motel (2002)

Series contributed to
Star Trek : The Next Generation
17. Boogeymen (1991)