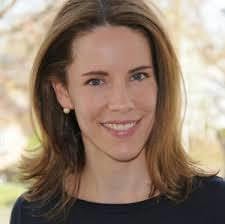 A pseudonym used by Beatriz Williams
Juliana Gray began writing as a child to relieve the tedium of being sentenced to her room, and later turned to romance to relieve the tedium of unsatisfactory suitors. Sadly, despite five years' residence in the most exclusive areas of London, she never met a single duke, though she once shared a taxi with a future baron.
Juliana's debut romance trilogy, including A Lady Never Lies, A Gentleman Never Tells, and A Duke Never Yields, was largely written when she should have been sleeping. She enjoys dark chocolate, champagne and dinner parties, and despises all forms of exercise except one.