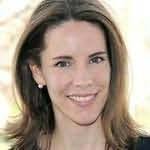 aka Juliana Gray
Beatriz Williams is the New York Times bestselling author of A Hundred Summers and several other works of historical fiction. A graduate of Stanford University with an MBA in Finance from Columbia University, Beatriz worked as a communications and corporate strategy consultant in New York and London before she turned her attention to writing novels that combine her passion for history with an obsessive devotion to voice and characterization. Beatriz's books have been translated into more than a dozen languages and appear regularly in bestseller lists around the world.

Born in Seattle, Washington, Beatriz now lives near the Connecticut shore with her husband and four children, where she divides her time between writing and laundry.

Novellas
An American Airman in Paris (2016)

On Grace (2013)
Susie Orman Schnall
"A telling, touching exploration of modern marriage, fidelity, and friendship, Susie Schnall's debut is riddled with the little truths that make up the texture of women's daily lives. Fans of Emily Giffin will relate to this engaging read."

After I Do (2014)
Taylor Jenkins Reid
"A seductive twist on the timeless tale of a couple trying to rediscover love in a marriage brought low by the challenges of domestic togetherness…touching, perceptive, and achingly honest."

Lilac Girls (2016)
(Caroline Ferriday, book 1)
Martha Hall Kelly
"ich with historical detail and riveting to the end, 'Lilac Girls' weaves the lives of three astonishing women into a story of extraordinary moral power set against the harrowing backdrop of Europe in thrall to Nazi Germany. Martha Hall Kelly moves effortlessly across physical and ethical battlegrounds, across the trajectory of a doomed wartime romance, across the territory of the soul. I can t remember the last time I read a novel that moved me so deeply."

Meet Me in Bombay (2019)
Jenny Ashcroft
"I loved everything about Meet Me in Bombay, from its profound sense of time and place to its vivid characters and lyrical voice, taking the reader on an exhilarating journey from colonial India to the battlefields of the First World War to the intricate workings of memory. This is a novel both epic and intimate, in which grand historical forces are played out on the territory of the human heart. Ashcroft delivers a stunning story that echoes long after you turn the final page."

Cartier's Hope (2020)
M J Rose
"Nobody conjures up historical mystery like MJ Rose, and this brilliant, absorbing novel has it all. From its utterly convincing setting in early 20th-century New York City, to the determined, marvelously drawn journalist whose quest for justice sets the story in motion, to the page-turning mystery surrounding the legendary Hope Diamond, Cartier’s Hope immerses readers in an unforgettable world that beguiles to the final page. Rose proves once again that her superb storytelling and powerful prose are second to none."

The Girl in White Gloves (2020)
Kerri Maher
"[A] fascinating, deeply researched novel of the extraordinary Grace Kelly ... establishes Maher as a true force in biographical fiction."

The King's Justice (2020)
(Maggie Hope, book 9)
Susan Elia MacNeal
"A new Maggie Hope mystery is always cause for joy, and The King's Justice proves once again that Susan Elia MacNeal sits at the top of her genre. Beautifully written and meticulously researched, this novel immerses readers in the threadbare vibrancy of wartime London and the moral complexity at the heart of justice, as Maggie battles her own despair to track down a murderer of extraordinary depravity. MacNeal spins yet another superb yarn that will leave you yearning for the next."

The Light After the War (2020)
Anita Abriel
"Anita Abriel’s heartfelt novel of love and friendship in the years after the Second World War is based on her mother’s own experience, and her intimate connection to the story and characters infuses every word. The Light After the War charts an unforgettable journey to a world struggling to rebuild after the horrors of war, and a pair of extraordinary women who must discover anew how to love and live. Fans of historical fiction won’t want to miss this evocative, heartbreaking story."

A Tender Thing (2020)
Emily Neuberger
"Emily Neuberger makes a smashing debut with this ode to 1950s Broadway, in which the fabled farm girl with big dreams finds herself in an altogether new story, rich with moral complication and unexpected twists. Neuberger portrays the midcentury theater world with conviction and authenticity, and creates a nuanced, unpredictable cast of characters that live on in the reader’s imagination long after the final page. A Tender Thing is that rare book that’s written from the heart, and still has something important to say about the human condition."

Universe of Two (2020)
Stephen P Kiernan
"Rarely does historical fiction get everything so right as Universe of Two compelling characters, faithful detail, a story packed with unexpected twists, and a sure, authentic voice that never wavers. In this novel of the dawn of the atomic age and its profound consequences, Stephen Kiernan leads us along a journey of conscience as complex and infinite as the science itself."

The Rose Code (2021)
Kate Quinn
"The hidden history of Bletchley Park has been waiting for a master storyteller like Kate Quinn to bring it to life. The Rose Code effortlessly evokes the frantic, nervy, exuberant world of the Enigma codebreakers through the eyes of three extraordinary women who work in tireless secrecy to defeat the Nazis. Quinn's meticulous research and impeccable characterization shine through this gripping and beautifully executed novel."

The Last Night in London (2021)
Karen White
"With keen insight and a profoundly human cast of characters, Karen White creates a powerful story of love and redemption in Blitz-battered London and the bittersweet echoes of long-ago lives in the present day. Each piece of the puzzle lands with meticulous precision, each twist of espionage and heart-pounding betrayal propels you forward to a devastating denouement. The Last Night in London is storytelling at its finest—the kind of book you sink inside and experience, a true gift to readers."
Visitors to this page also looked at these authors
Karen White
Lauren Willig
Marie Benedict
Pam Jenoff
Kate Quinn
Martha Hall Kelly
Kristin Harmel
Stuart Woods
Susan Wiggs
Jennifer Weiner
Jeff Shaara
James Patterson
Elin Hilderbrand
Jennifer Ryan
Jacqueline Winspear
Lisa Wingate