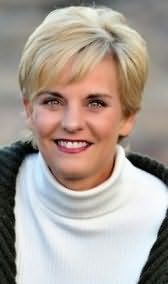 A former international trial lawyer, van Heugten spent 15 years practicing all over the world, primarily in Scandinavia, Germany and the Netherlands, as well as in Houston, her hometown. Shes a graduate of the University of Texas in Austin, Texas, where she earned her undergraduate and law degrees.

The Tulip Eaters is van Heugtens second novel. Her debut novel, Saving Max (MIRA Books, October 2010), was a USA Today bestseller, translated into six languages and received much critical acclaim. Inspired by her real-life experience as the mother of two autistic children, Saving Max follows a single mother whose teenage son has Aspergers syndrome and becomes the primary suspect in a gruesome murder case.

In her latest book, The Tulip Eaters (MIRA Books, November 2013), van Heugten follows Nora de Jong as she returns home from work to find her mother brutally murdered and infant daughter missing. The only clue is the body of a dead stranger, clutching a Luger in his hand. Launching a frantic search for her missing daughter, de Jong is forced to confront the roots of her familys secret past in World War II, leading her to Amsterdam, where her own haunting memories flood back.

When not thinking up new ways to kill off her characters, van Heugten enjoys long hikes with her dog, gardening and traveling. She is currently working on her next novel, Finding Marianne, the sequel to Saving Max. She lives in Fredericksburg, Texas, with her husband, a former prominent oil and gas trial lawyer.