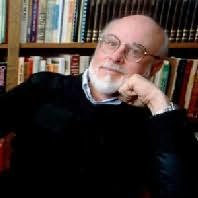 aka Jason Elder, Doug Hawkins
Douglas Hirt was born in Illinois, but heeding Horace Greeley's admonition to "Go west, young man", he headed to New Mexico at eighteen. Doug earned a Bachelor's degree from the College of Santa Fe and a Masters of Science degree from Eastern New Mexico University. During this time he spent several summers living in a tent in the desert near Carlsbad, New Mexico, conducting biological baseline surveys for the Department of Energy.