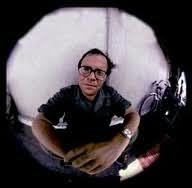 (1940 - 2016)
Michael Herr, who wrote about the Vietnam War for Esquire magazine, gathered his years of notes from his front-line reporting and turned them into what many people consider the best account of the war to date, when published in 1977. He captured the feel of the war and how it differed from any theater of combat ever fought, as well as the flavor of the time and the essence of the people who were there. Since Dispatches was published, other excellent books have appeared on the war--may we suggest The Things They Carried, The Sorrow of War, We Were Soldiers Once ... and Young--but Herr's book was the first to hit the target head-on and remains a classic.
Novels
Walter Winchell (1990)