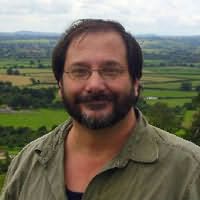 A native of Madison, Tennessee, Tony spent his teenage years on a farm about 10 miles southeast of Murfreesboro, Tennessee. Although he had dreamed of being a writer since childhood, it was only after a brief career as a university administrator that he began to come into his own. Initially, he was awarded an undergraduate degree in history and a MA in educational psychology from Tennessee Technological University. Later, he received his MA degree in English/Creative Writing at Texas A&M University at Commerce in December 1991. Since then, he has been constantly on the move and in print.