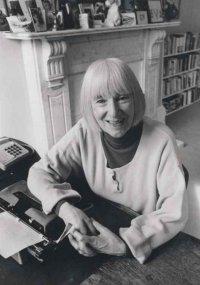 Eva Ibbotson was born in Vienna, Austria, in 1925. When Hitler came into power, Ibbotson's family moved to England. She attended Bedford College, graduating in 1945; Cambridge University from 1946-47; and the University of Durham, from which she graduated with a diploma in education in 1965. Ibbotson had intended to be a physiologist, but was put off by the amount of animal testing that she would have to do. Instead, she married and raised a family, returning to school to become a teacher in the 1960s. Ibbotson was widowed with three sons and a daughter.

The Thief Lord (2000)
Cornelia Funke
"The plot amazed me: the twists and turns never truly stop... it's very good."