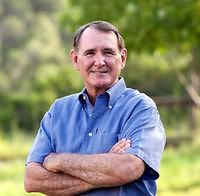 Lee Jackson was born in Chattanooga, Tennessee, and grew up in Tangier, Morocco. When he was 12 years old, his family returned to the US, and when he was 20, he enlisted in the Army. A year later, the Vietnam war ended. Lee then attended and graduated from West Point, and served on active duty until June, 1982. In 2008, he went back to work for the Department of the Army, and deployed for 19 months each in Iraq and Afghanistan.

There, his job was to go into towns and villages and learn anything he could about concerns relating to security, and recommend courses of action to meet military objectives without resorting to lethal methods. He returned to the US in 2013, lives in Texas with his wife, and is a full time writer. Lee Jackson Brings Heat To The Cold War! - See more at: http://authorleejackson.com/about-author-lee-jackson/#sthash.Je56VDWP.dpuf
Novels
Redemption (2007)