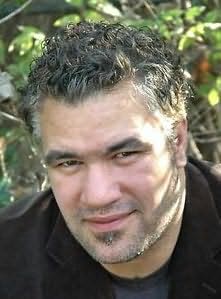 (b.1970)
Mat Johnson (born in Philadelphia) is an American writer of literary fiction. Born and raised in the Germantown and Mount Airy, Philadelphia, Pennsylvania, Johnson writes primarily about the lives of African-Americans, using fiction, nonfiction and graphic novels as mediums.

The Heart Goes Last (2015)
Margaret Atwood
"Thrilling, sometimes comic, often absurd and entirely engaging, spinning sins into the territory of Elvis-themed escorts, stuffed-animal carnality and customizable sexbots ... What keeps The Heart Goes Last fresh, as with the rest of Atwood's recent work, is that while it revisits earlier themes of her oeuvre, it never replicates. Rather, it reads like an exploration continued, with new surprises, both narratively and thematically, to be discovered ... Margaret Atwood has become something nearly as fantastical as one of her storytelling subjects: a living legend who continues to remain fresh and innovative on the page."

Knucklehead (2018)
Adam Smyer
"Adam Smyer's exploration of rage is uplifting, brave, and absolutely brilliant. There's so much energy in this debut you could put it in your tank and drive on it."

The Ensemble (2018)
Aja Gabel
"The Ensemble deserves a standing ovation. A gripping tale of four musician's journeys through discord and harmony, life and love. Aja Gabel is a brilliant young writer with the rare gift of an old soul."

They Come in All Colors (2018)
Malcolm Hansen
"This is a voice so honest and alive it feels like a stranger whispering a confession in a dark room. Malcolm Hansen's novel is a prodigious debut of a rare literary talent."

An Ocean of Minutes (2018)
Thea Lim
"An Ocean of Minutes is a time machine into the future of this moment. Gripping and graceful, it's dystopian love story as told by a visionary. Thea Lim's novel reads like the birth of a legend."

Antkind (2020)
Charlie Kaufman
"A tribute to the absurdity of story and ego and obsession that manages to criticize all of this as fiercely as it embraces it all, Antkind is as funny and brilliant and utterly idiosyncratic as you could ever hope. I couldn’t put it down, which is saying a lot, because holy shit, is it heavy."

The House of Deep Water (2020)
Jeni McFarland
"Creates a place so real it feels like you can step into it, populated by characters so alive you can almost hear them breathing. McFarland's powerful debut is a brilliant exploration of home and heartbreak, and how we live with both of them."