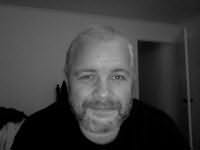 In the Night Wood (2018)
Dale Bailey
"In the Night Wood taps into the oldest, darkest roots of the fairy tale tradition, presenting the story of a family in crisis while steered by the pagan energies of a wilder age. It is beautiful, heartbreaking, and inspiring. Once again, Dale Bailey proves he’s among the best writers we have."

The Twisted Ones (2019)
T Kingfisher
"By turns warm, witty, and frightening, with a charming protagonist, a diverse and vibrant supporting cast, and -- best of all -- a noble, dimwitted dog. Fair warning: there is a razor in the center of this confection, and I wouldn't have it any other way. I won't be forgetting grandmother's house anytime soon."

Survivor Song (2020)
Paul Tremblay
"For the past few years, Paul Tremblay has been setting the standard for modern horror. His genius is that he never forgets the core of a great horror novel resides first in its characters. In Survivor Song, he revitalizes the zombie novel by keeping the focus narrow and intimate: two women, in the space of a few hours, just trying to get across town. The result is heartfelt and terrifying, in a narrative that moves like a bullet train."

The Loop (2020)
Jeremy Robert Johnson
"The Loop is the Cronenberg film we never got. It's a volcano of a book: violent, compassionate, relentless, and opulently strange."