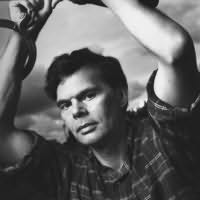 His first book, published in 1993, was a short story collection, also called The Pugilist at Rest. The stories deal with the common themes of mortality and pain, with characters that often find a kind of solace in the rather pessimistic philosophy of Schopenhauer. Boxing, absent or mentally ill fathers', physical trauma and the Vietnam War are also recurring motifs. The book was a National Book Award finalist. His other books include Cold Snap (1995) and Sonny Liston Was a Friend of Mine (1999), both collections of short stories.