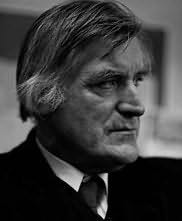 Ted Hughes was married from 1956 to 1963 to the American poet Sylvia Plath, who committed suicide in 1963 at the age of 30. In his last poetic work, Birthday Letters (1998), he explored their complex relationship.

In 2003 he was portrayed by British actor Daniel Craig in Sylvia, a biographical film of Sylvia Plath.