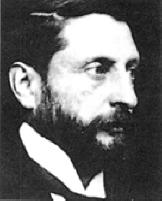 (1856 - 1925)
Sir Henry Rider Haggard is best known for his African adventure novels, notably King Solomon's Mines and She. Born in England, his parents ended his education at age 17 (because he was a daydreamer) and placed him in the service of the Natal, South African lieutenant-governor. He returned to England in 1881 and became a barrister although writing was his main passion. He was made a Knight Commander of the Order of the British Empire in 1919.