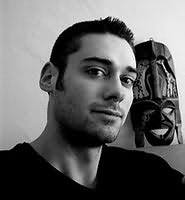 (b.1985)
Karsten Knight has been writing since the age of six, when he completed his first masterpiece: a picture book series about an adventurous worm. In the two decades that have followed, Karsten worked as a proofreader, a bookseller, and a college admissions counselor before finally deciding that his true calling was as a volcano goddess biographer. He resides in Boston, where he lives for fall weather and football, and is on a far-too-successful quest to visit every restaurant in the city.