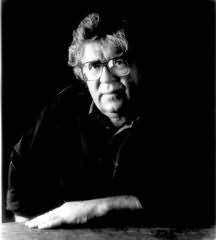 aka Owen Rountree
William Kittredge (born 1932) is an American writer from Oregon, United States. He grew up in Southeastern Oregon's Warner Valley in Lake County where he attended school in Adel, Oregon, and later would attend high school in California and Oregon.He has received numerous awards including a Stegner Fellowship at Stanford and Writing Fellowships from the National Endowment for the Arts. With Annick Smith, he edited The Last Best Place: A Montana Anthology
Novels
Phantom Silver (1987)
The Willow Field (2006)

A Country Called Home (2008)
Kim Barnes
"A Country Called Home is a weave of human longings, accurate in its rendering of the ways they accumulate, always human, confounding and often heartbreaking but ultimately heartening. Give it a while, watch it come to life, and you'll find yourself rationing the pages, wishing it was longer. Kim Barnes is to be envied for her ability to open doors on the secret life of all our times."