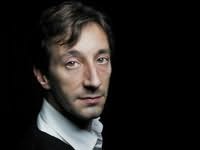 Novelist, journalist, screenwriter, director, collector of antique keys, Antoine Laurain was born in Paris in the early 1970s. After studying cinema, he began his career directing short films and writing screenplays. His passion for art led him to take a job assisting an antiques dealer in Paris. The experience provided the inspiration for his first novel, which was awarded the Prix Drouot in 2007.

Published on the eve of the French presidential elections of 2012, Antoine Laurain's fourth, fairytale-like novel The President's Hat was acclaimed by critics, readers and booksellers, who awarded it the Prix Landerneau D&#233couvertes. It also won the Prix Relay des Voyageurs, a prize which celebrates the enjoyment of reading. The President's Hat has been adapted for television in France.