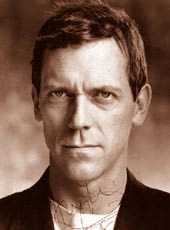 (b.1959)
Hugh Laurie was born in 1959. At Cambridge University he took part in a number of undergraduate revues, the last of which won the Perrier Award at the Edinburgh Fringe Festival in 1981. Since university he has made his living as a writer, actor, director and musician, appearing in, amongst others, three series of Blackadder, four series of A Bit of Fry and Laurie and, also with Stephen Fry, four series of Jeeves and Wooster. He lives in London with his wife and three children, and is utterly devoted to motorcycling.
Novels
The Gun Seller (1996)