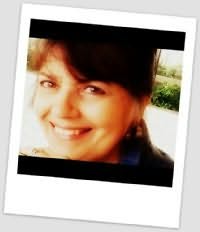 Carol's first novel, Night Stalker, was also her first sale. "A dandy read," wrote author Tony Hillerman. It went into three printings and became the flagship for the sub-genre "Woman in Jeopardy" at Kensington Publishers--strong heroines pitted against evil opponents. Reviewers have said of her villains: [Night Prey] "Luce's portrayal of a psychopathic mountain man is chilling..." [Night Game] "The villain is evil personified"

The Kinshield Legacy (2010)
(Kinshield Saga, book 1)
K C May
"From the very first page, The Kinshield Legacy grabs you by the throat and propels you into a world of magic, sorcery, jeweled-eyed gargoyles and a sisterhood of female warriors. A world where beyonders savage unsuspecting travelers; where a dark, yet charismatic, wizard covets the king's throne for his own and will let no one get in his way--including the rightful ruler. He who claims the King's Bloodstone shall reign as king. Enter Gavin Kinshield, warrant knight and rune solver, a man haunted by his past, and a hero like no other. A rousing debut from K. C. May, an author worth watching."
Visitors to this page also looked at these authors
Mary Marks
C J Box
Dana Stabenow
Susan Mallery
Julianne Holmes
Ashley Hunter
Margaret Madigan
Margaret Mallory
Margo Maguire
Maria DiRico
Tamara Ferguson
Marly Mathews
Cathy Maxwell
Jess Lourey
Anita Hughes
Alyssa Bailey