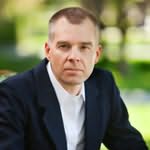 (b.1966)
Kyle Mills is the #1 New York Times bestselling author of fifteen political thrillers, including the The Survivor for Vince Flynn and The Patriot Attack for Robert Ludlum. He initially found inspiration from his father, the former director of Interpol, and still draws on his contacts in the intelligence community to give his books such realism. Avid outdoor athletes, he and his wife have lived in Jackson Hole, Wyoming, for over twenty years.

Under Water (2017)
(Duck Darley, book 1)
Casey Barrett
"Deliciously lascivious and violent, Under Water's hero is impossible not to cheer on. The pull of his dark world will keep readers captivated to the last page."

The Take (2018)
(Simon Riske, book 1)
Christopher Reich
"An out-of-control joyride for those who like their heroes flawed, scarred, and on the edge. Reich has created an irresistible character that will leave readers both wincing and cheering with every page."

Trust But Verify (2018)
Karna Small Bodman
"Bodman's insider knowledge lends her books a realism rare in the genre. Trust But Verify is a compulsive tale about a new threat from an age-old enemy."