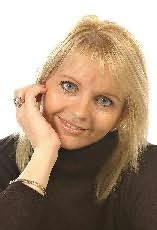 aka Millie Conway, Ronni Cooper, Shari King
Over the last decade, thirteen of Shari Lows novels have been published in the UK and internationally, including those written under the pseudonyms Ronni Cooper (Rock Chicks and Manhattan) and Millie Conway.

Her work is sold in many countries across the globe, including the US, Russia, Poland, Malaysia, Australia and Germany. Shari is also one half of the writing partnership Shari King - the other half being TV personality Ross King. Their first book Crossing Hollywood will be released by Pan MacMillan in August 2014.

For nine years she has written a column for the Daily Record that is renowned for its biting humour and straight-talking opinions. She also pens a popular weekly literary page for the same newspaper, writes for television, magazines and is a regular contributor to various radio shows.

A former nightclub manager, Shari has lived and worked in many cities and countries, including Shanghai, New York, Amsterdam, Hong Kong and LA. She is now based in Glasgow.