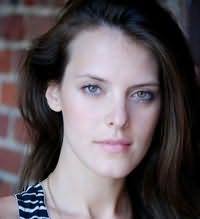 Adriana Mather is the 12th generation of Mathers in America, and as such her family has their fingers in many of its historical pies the Mayflower, the Salem Witch Trials, the Titanic, the Revolutionary War, and the wearing of curly white wigs. Also, Adriana co-owns a production company, Zombot Pictures, in LA that has made three feature films in three years. Her first acting scene in a film ever was with Danny Glover, and she was terrified she would mess it up. In addition, her favorite food is pizza and she has too many cats.

The Rattled Bones (2017)
S M Parker
"Gorgeous and lyrical, Parker's mesmerizing story is a siren's song that lures you into a beautiful fog of secrets and mystery."

The Breathless (2017)
Tara Goedjen
"This sultry Southern tale is drenched in atmosphere! A world of secrets, mysterious family heirlooms, and forbidden love. Get ready to be bewitched by a story where not only does the past live on . . . the dead do, too!"

The Memory Trees (2017)
Kali Wallace
"No one writes creepy, beautiful stories like Wallace does – she expertly weaves love, loss, compassion, and murder in a way that will both move you to tears and have you sleeping with the lights on. The Memory Trees will keep you guessing until the very end."

Haven (2017)
(Haven , book 1)
Mary Lindsey
"This electrifying tale will take you on an unexpected journey into a secret world of witchcraft and shapeshifters. Romance, adventure, and magic! Lindsey leaves you breathless and wanting more."