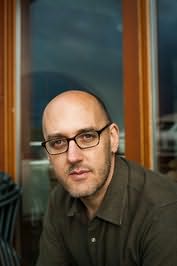 Seemingly the most conspicuous aspect of Ben Marcus' work, to date, is its expansion on one of the most primary concerns of the original Surrealist authors -- perhaps most typified by Benjamin Péret, husband of the acclaimed painter Remedios Varo -- this being a very deep interest in the psychological service and implication of symbols and the manners by which those symbols can be maneuvered and rejuxtaposed in order to provoke new ideas or new points of view -- in other words, the creation of, in a sense, conscious dreams.

While Marcus' writing plays similarly with the meanings of words by either stripping them of their intended meaning or juxtaposing them with other words in critical ways, it also abandons the 'experimental' nature of so much of the Surrealists' writing for stories that describe human psychology and the human condition through a means that has in later years become notably more subjective and sensory in nature than that used in the broad range of fiction, both 'conventional' and 'nonconventional'.

The surreal nature of Marcus' work derives in part from the fact that it comprises sentences that are exact in their structure and syntax, but whose words, though familiar, appear to have abandoned their ordinary meanings; they can be read as experiments in the ways in which language and syntax themselves work to create structures of meaning. Common themes that emerge are family, the Midwest, science, mathematics, and religion, although their treatment in Marcus's writing lends to new interpretations and conceptualizations of those concepts.

Marcus was born in Chicago. He attended New York University (NYU) and Brown University, and currently teaches writing at Columbia University where he was recently promoted to head of the writing MFA program. He is the son of Jane Marcus, a noted feminist critic and Virginia Woolf scholar. He is married to novelist Heidi Julavits.
Novels
Notable American Women (2002)
The Flame Alphabet (2012)

Novellas
Watching Mysteries With My Mother (2012)

Wait Till You See Me Dance (2017)
Deb Olin Unferth
"This book is an astonishment - strange, brainy, and loaded with feeling. Deb Olin Unferth shows, with brilliant force, the startling vitality of the short story. She is a master."

Gork, the Teenage Dragon (2017)
Gabe Hudson
"Gabe Hudson’s fire-breathing, page-scorching creation, Gork the dragon, is more human and big-hearted and generous than most people I know. This book is as sly and smart as it is hilarious."

The New Me (2019)
Halle Butler
"A bleak and brutal book that exposes a nearly unbearable futility to life in the workforce, not to mention life outside of it. Butler's vision is funny and raw and dark-a cautionary tale, hilarious and intimate, against growing up and making do."