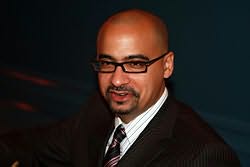 Dominican Republic (b.1968)
Junot Díaz is a Pulitzer Prize-winning Dominican-American writer. He moved to the United States with his parents at age six, settling in New Jersey. Central to Díaz's work is the duality of the immigrant experience.

Passing Through (2004)
Colin Channer
"A splendid collection by one of the Caribbean Diaspora's finest writers."

The Hakawati (2008)
Rabih Alameddine
"Here is absolute beauty. One of the finest novels I've read in years."

Fire (2009)
(Seven Kingdoms Trilogy, book 2)
Kristin Cashore
"Cashore is wonderful, tough and nuanced - everything you could want from a writer."

In the Valley of the Kings (2009)
Terrence Holt
"This is the secret book at the heart of American letters. Holt is one of the finest American writers alive."

One Amazing Thing (2010)
Chitra Banerjee Divakaruni
"Divakaruni is a brilliant storyteller; she illuminates the world with her artistry; and shakes the reader with her love."

In the Company of Angels (2010)
(Copenhagen)
Thomas E Kennedy
"As elegant as it is beautiful, as important as it is profound. A marvel of a read."

The Black Minutes (2010)
Martín Solares
"A breathless, marvelous first novel... This is Latin American fiction at its pulpy phantasmagorical finest... a literary masterpiece masquerading as a police procedural and nothing else I've read this year comes close."

The Third Bear (2010)
Jeff VanderMeer
"Cunningly crafted stories full of wonder and intelligence... VanderMeer proves again why he is so essential and why everybody should be reading him."

Vida (2010)
Patricia Engel
"Here, friends, is the debut I have been waiting for."

The Dog Stars (2012)
Peter Heller
"[The Dog Stars] gripped me-it's the real deal. One of those books that makes you happy for literature."

Song of the Shank (2014)
Jeffery Renard Allen
"THE PRODIGIOUSLY TALENTED JEFFREY RENARD ALLEN IS WITHOUT QUESTION ONE OF OUR MOST IMPORTANT WRITERS."

Falling in Love with Hominids (2015)
Nalo Hopkinson
"She's a powerful writer with an imagination that most of us would kill for."

Papi (2016)
Rita Indiana
"As delirious as it is powerful, Papi is a harrowing vision of a daughter trapped in the underworld of her father Rita Indiana is one of a kind."