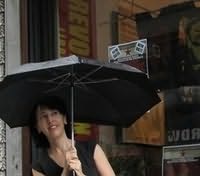 American short-story writer and novelist. She is the author of a collection of stories, Minor Robberies, and a novel, Vacation, both published by McSweeney's.

Her stories have appeared in Harper's, Fence, AGNI and other magazines. She is a frequent contributor to Noon. In 2009 she received a Creative Capital Grant from the Warhol Foundation and was also the recipient of the Cabell First Novelist Award for Vacation. She also has received a Pushcart Prize.

Luminarium (2011)
Alex Shakar
"This fascinating, hilarious novel, though set in the past, is the story of the future: technology has outlapped us, reality is blinking on and off like a bad wireless connection, the ones we love are nearby in one sense, but far away in another. Yet at the book's galloping heart, it's the story of what one man is willing to go through to find--in our crowded, second-rate space--something like faith. This novel is sharp, original, and full of energy--obviously the work of a brilliant mind."
Visitors to this page also looked at these authors
Judith O'Reilly
Zoje Stage
Heather Redmond
Angela Scipioni
Lone Theils
Stephanie Powell Watts
Nick Petrie
T M Frazier
Clare Swatman
Vivian Conroy
Ellen Kirschman
Stefan Ahnhem
Kara Thomas
Charlotte E English
Cate Dean
Hannah Weyer