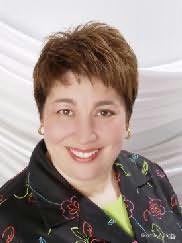 Christine Merrill has wanted to be an author for as long as she can remember. But one thing stood in her way: touch typing.

Six weeks spent on an IBM Selectric in her Sophomore year of high school proved that she would never be able to produce one readable page of manuscript, much less several hundred.

Twenty years passed, and she found ways to pass the time: marrying her high school sweetheart; having two sons; and taking an assortment of jobs in professional theater costume shops, including a miserable year and a half spent styling wigs for a certain hamburger-selling clown (who shall remain nameless, since I don't want to incur the wrath of a major American corporation) and a couple of weeks working on a TV movie with one of the sexiest men alive (whose name I'm happy to drop: Mark Harmon!).

During that time, someone invented word processing, and a reliable spell checker.

Christine returned to her childhood dream, only to discover that there was more to the whole writing thing than accurate typing. The next years were spent learning to tell stories that people might want to read, and trying to find someone who wanted to buy them. Her chance came when she won the RWA's Golden Heart Competition for unpublished manuscripts. The winning story, soon to be known as THE INCONVENIENT DUCHESS, was bought by the contest judges, the delightful editors at Mills & Boon, in Richmond, Surrey.

Christine is now busy writing her fifth book, and is more than slightly jealous that her manuscripts get to visit England, while she stays home in Wisconsin.

Society of Wicked Gentlemen
1. A Convenient Bride For The Soldier (2017)