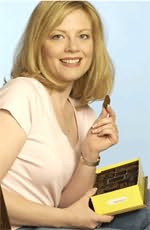 Shirley Jump didn't have the willpower to diet nor the talent to master under-eye concealer, so she bowed out of a career in television and opted instead for a career where she could be paid to eat at her desk--writing.

After she got married and had kids, humor became the only thing that got her through the mashed potato fling-fests and toilet paper decorating sprees. She turned to the world of romance novels where messes are (usually) cleaned up before The End and no one is calling anyone a doodoo-head. In the worlds Shirley gets to create and control, the children listen to their parents, the husbands always remember holidays and the housework is magically done by elves.

Though she's thrilled to see her books in stores around the world, Shirley mostly writes because it gives her an excuse to avoid cleaning the toilets and helps feed her shoe habit.

O'Bannon Sisters
1. The Perfect Recipe for Love and Friendship (2017)
2. The Secret Ingredient for a Happy Marriage (2018)

Collections
Ask Me Why (2015) (with Marie Force, Virginia Kantra and Jodi Thomas)

Diamond Brides
6. The Bridesmaid and the Billionaire (2008)

Christmas Treats
1. A Princess for Christmas (2009)

Mothers in a Million
2. The Matchmaker's Happy Ending (2013)

Her Unexpected Detour (2015)
(Checkerberry Inn, book 1)
Kyra Jacobs
"An enjoyable, feel-good read with memorable characters who linger in your heart and mind."

Murder, Curlers, and Cream (2016)
(Valentine Beaumont Mystery, book 1)
Arlene McFarlane
"Laughs and mystery abound in this fantastic book. Fans of Janet Evanovich will love this twist on crime in a small town!"