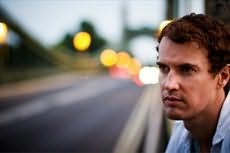 Scotland (b.1971)
Nephew of Lorn Macintyre
Colin MacIntyre is an award-winning musician, and one of the UK's most respected songwriters and multi-instrumentalists.  With two top-20 albums and four top-40 singles to his name, Colin records and performs most notably under the name Mull Historical Society.  He has performed live sessions on Radio 4 and 6Music, and on TV on Later with Jools Holland and The Jonathan Ross Show.  He has played all major festivals including Glastonbury, Reading and T in the Park, and has toured with acts such as The Strokes, Elbow and REM.  He is the co-author of a Radio 4 Afternoon Play, Zero Degrees of Separation, and has collaborated with (amongst others) Tony Benn and Irvine Welsh. Born into a family of writers and storytellers, Colin grew up in the Hebrides and now lives in London with his wife and two daughters.
Novels
The Letters of Ivor Punch (2015)