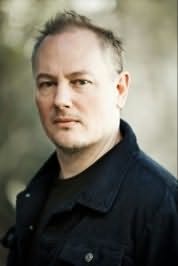 James Marrison is an author, true crime writer and journalist living in Argentina.

The Drowning Ground, his first novel, features a half Argentine half English DCI and is set in the Cotswolds. It will be published in the UK (Michael Joseph, Penguin), Germany (Bastei L&#252bbe), and will also be published in the United States in August 2015 (Minotaur Books, Macmillan)

Drawing upon much of the research Marrison has carried out on killers and crime investigation in the past, the novel centres around the death of a wealthy landowner and recluse.

He has just completed a novella which tells the story of how DCI Guillermo Downes was hunted by Argentinas military junta during the dictatorship and escaped to England and he is now working on the second Downes novel which will also take place in the Cotswolds.

The second Downes novel revolves around a brutal double murder and pits Downes against the forces behind a horrifying cover up. Still tormented by his own violent and troubled past during Argentinas Dirty War, Downes and his sergeant Graves, must unravel a secret buried deep within the Cotswold Hills. Together they will discover a reality more horrifying than they could ever have imagined as they begin to unlock the secrets and confront the truth behind The Medical Room.

James first became interested in detective fiction having watched Murder my Sweet with Dick Powell when he was skiving off from school. This passion for film noir and hard boiled fiction grew when he was lucky enough to study film noir at Amherst College whilst an undergraduate exchange student at The University of Massachusetts.