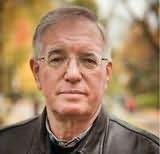 (b.1944)
Phillip Margolin is a criminal defence attorney who has defended several people accused of murder.

Short Stories
The Girl in the Yellow Bikini (2006)

Guilty As Sin (1996)
(Deer Lake, book 2)
Tami Hoag
"A chilling study of evil that holds the reader until the shocking surprise ending."

The Thirteenth Hour (1996)
Barbara Sofer
"A fast-moving and intelligent thriller."

In Her Defense (2000)
Stephen Horn
"Great fun, a legal thriller with real surprises."

Ironfire (2003)
David Ball
"An epic adventure with action, suspense, and romance. David Ball brings alive sultan's palaces, the world of corsairs and knights and the realities of 16th-century medicine and combat."

The Clockwork Dynasty (2017)
Daniel H Wilson
"In The Clockwork Dynasty, Daniel Wilson, the king of the robothriller, mixes robots, history and non-stop action to create a thoroughly original plot. Think The Terminator meets Indiana Jones with a crash course in history thrown in. A thoroughly enjoyable read."

Gone to Dust (2017)
(Nils Shapiro, book 1)
Matt Goldman
"A clever mystery that starts with a unique crime scene, mixes in a package of red herrings, and tops off the plot with Nils Shapiro, a private eye who is as interesting as his name."

Heaven's Crooked Finger (2017)
(Earl Marcus Mystery, book 1)
Hank Early
"Can the dead come back to life? That's the question PI Earl Marcus has to answer when he returns to the creepy town in rural Georgia he left thirty years before to find out if his recently deceased father - the maniacal leader of a religious cult - has fulfilled his promise to return after he dies. Heaven's Crooked Finger has action, suspense and a cracking good mystery. By the way, if you are afraid of snakes, don't read this book."

We, the Jury (2018)
Robert Rotstein
"We, the Jury is an exceptional legal thriller that is told from multiple viewpoints during jury deliberations in a major murder case. I found myself changing my opinion on the defendant's guilt or innocence until the surprise ending."